You are here: VegLab Homepage » Cloud forest projects » Weather station in the saddle between Lalashan and Tamanshan

Back to main page

In the saddle between Lalashan and Tamanshan mountains, near our 1-ha Lalashan Forest Dynamics Plot, we renewed the functionality of the existing weather station, previously operated by the Forestry Bureau. We equipped the station by a set of sensors for measuring standard microclimatic parameters such as air temperature and relative humidity, precipitation, and also wind speed and direction. In addition, we also included light and visibility loggers to measure the intensity of incoming radiation and the frequency of fog. We started operating the station in April 2020. 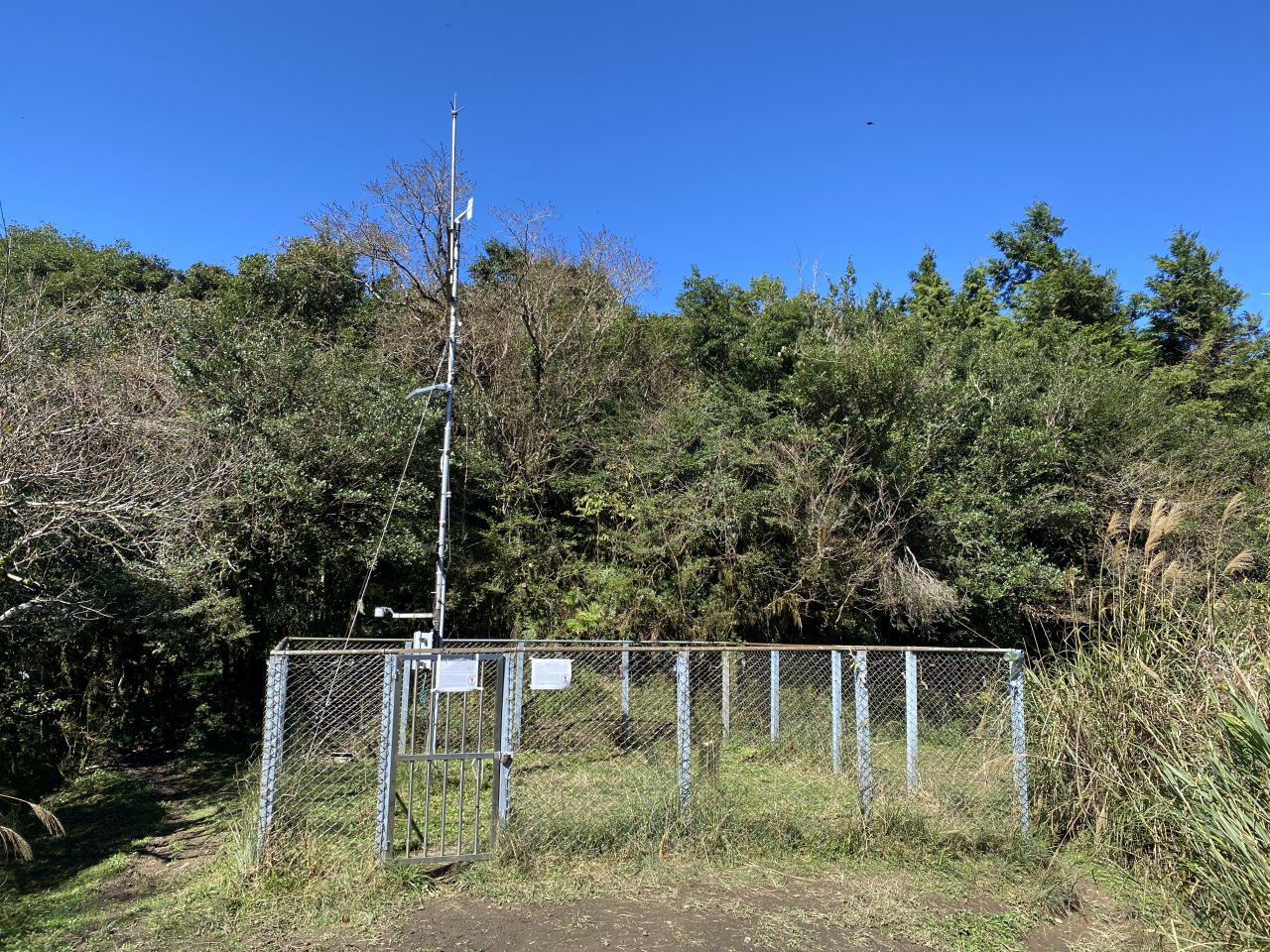 The figure below provides an overview of sensors used by the weather station. These include:

The other equipment in the station includes the solar panel, which uses solar energy to charge the battery of the weather station, and a logger box, which contains the battery and the datalogger recording and storing all the microclimatic measurements. 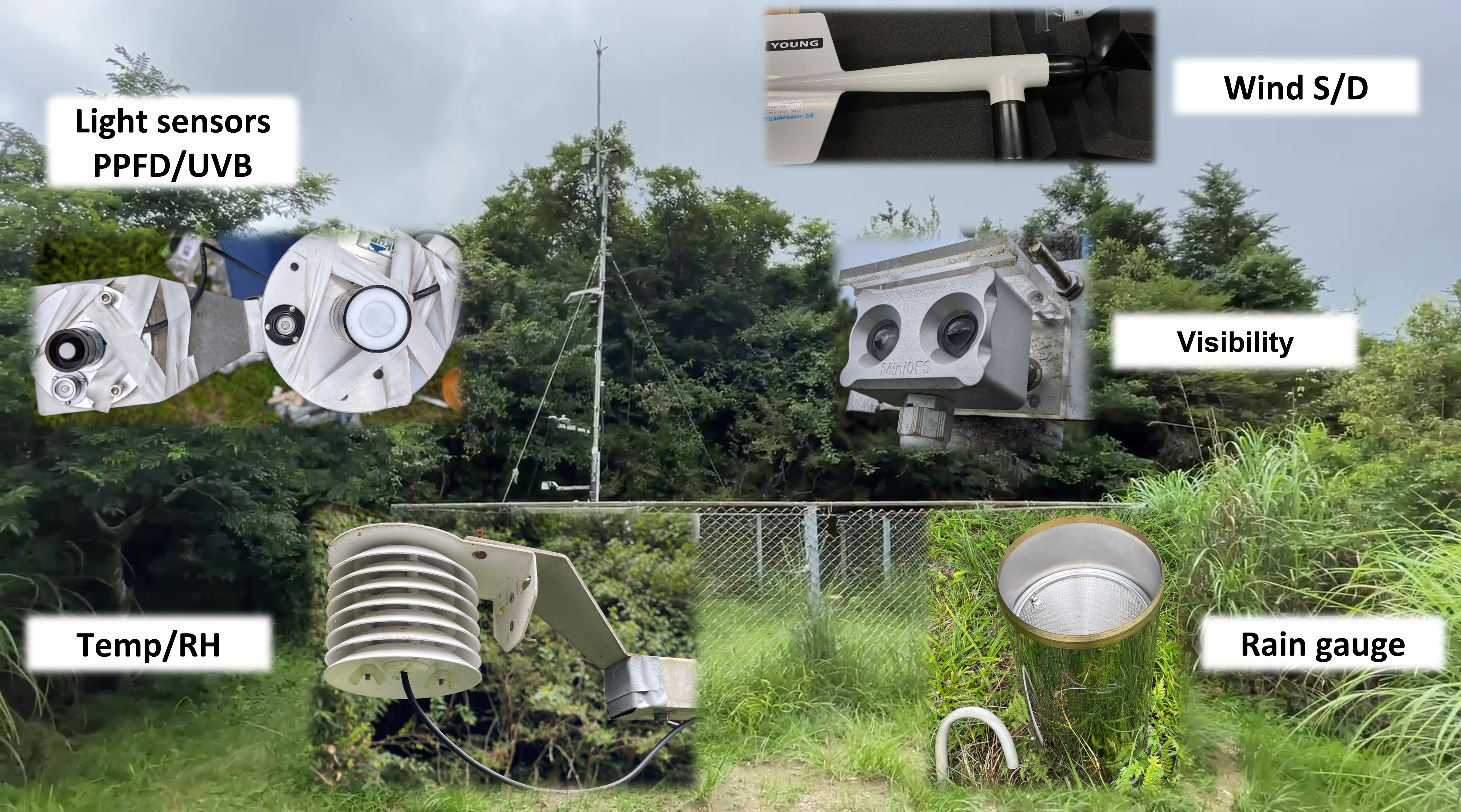 The figures below are an example of the diurnal variation showing the difference between a clear day and a foggy day. The fog usually comes in the afternoon, causing a drop in the air temperature, the visibility and the PPFD, and an increase in relative humidity. 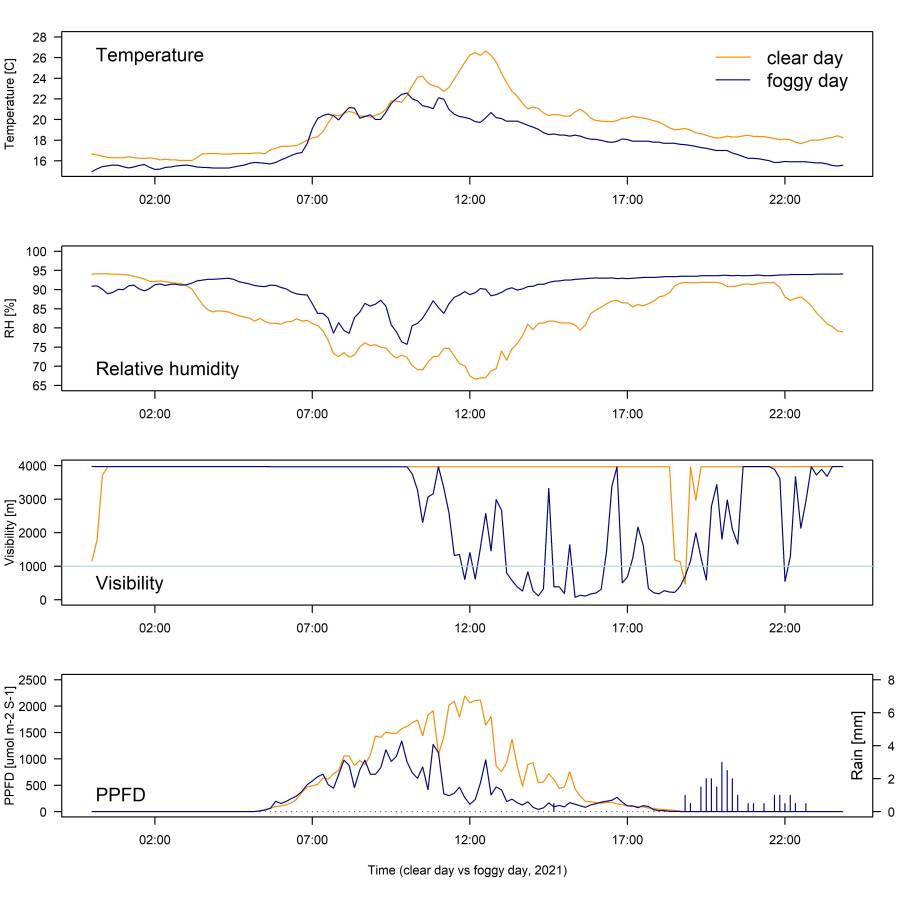