(The R code used for this website is here)

Adding colours to the graphical output is a very effective way how to make it more attractive and possibly also more informative to the audience. In the end, the figure is often the very first thing the reader gets attracted to when reading the scientific (and not only scientific) text. On the other side, making a colourful figure with wrong colours can do more harm than good, so choosing the right colours is essential.

The rules about choosing the right colours can be simplified as the following:

Below, I will briefly summarize the ways how to define colours in R.

Define colours by the number

A simple way to define a colour is using the number. By default, R has 9 colours:

Here, I will use a simple example of bar plot with bars of different colour, to illustrate the colour differences. 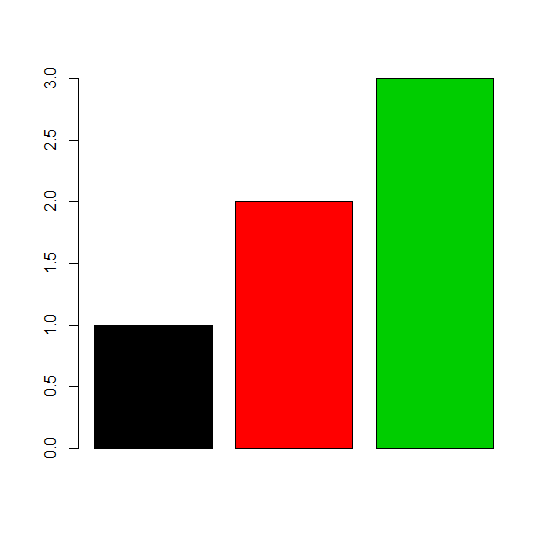 Define colours by their name

There are 657 named colours in R; the function ‘’colours ()’’ or ‘’colors ()’’ returns a vector containing these names. For example: 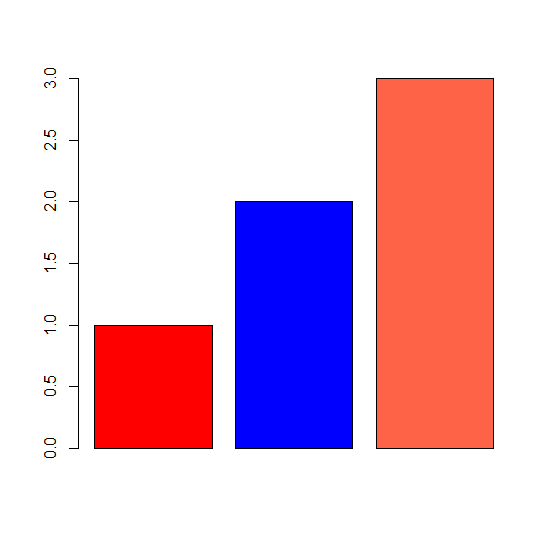 We can also define the colour by mixing three colour channels - red, green and blue (that is why RGB). The function “rgb” in R offers this option. For example, pure red, green and blue colour, respectively, can be defined by setting given channel to full intensity, while setting the other two channels to zero intensity. If you want darker red, green, or blue, set the channel to lower value than 1 (maximum). Alternatively, set all three channels to different intensity to create any colour you wish: 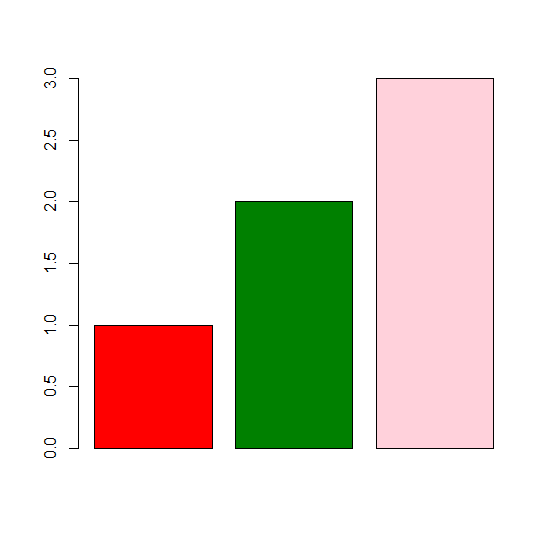 By the way, the last colour on the previous barplot is called Millenial Pink (I had no idea before there is something like this). Millennials, or Generation Y, is the generation born after 1990 and before 2010, and people born in this generation are comfortable with using the Internet and social media (while representants of previous Generation X not really).

There is a universal hexadecimal colour code linked to RGB colour concept. The code is starting with “#” sign, and is followed by 6 or 8 digits. These digits encode intensity of red (RR), green (GG) and blue (BB) channel: #RRGGBB. While the decimal system is based on ten symbols (0 - 9), the hexadecimal system is using 16 symbols (0 - 9 and A - F). In this way it can represent the values between 0 and 255 using only two digits (decimal 0 = hex 0, decimal 10 = hex A, decimal 15 = hex F, decimal 16 = hex 10, decimal 255 = hex FF, etc.; see here for full table). It is also possible to set the transparency (channel alpha) of the colour; in that case, the code has eight digits: #RRGGBBTT (where TT is hex code for transparency). 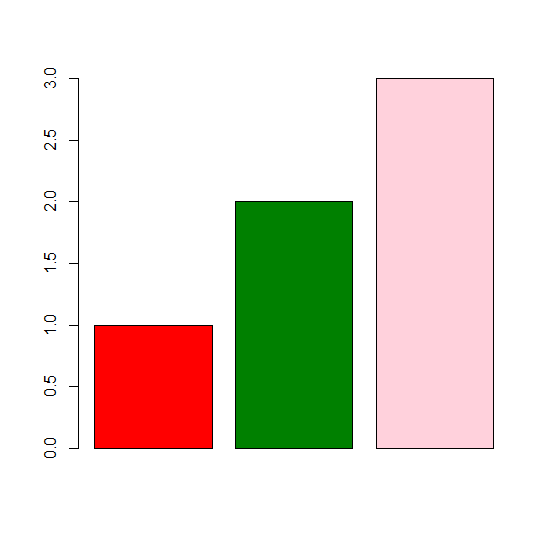 Colour palette is a set of colours, assembled following some logic. R has several built-in functions with colour palettes. One is rainbow (n), which takes rainbow continuum (colours from red to violet) and chops them into n segments. Another is heat.colors (n), which is the sequence of colours from yellow to red (the higher = warmer, the redder). For other palettes, check ?heat.colors help file. 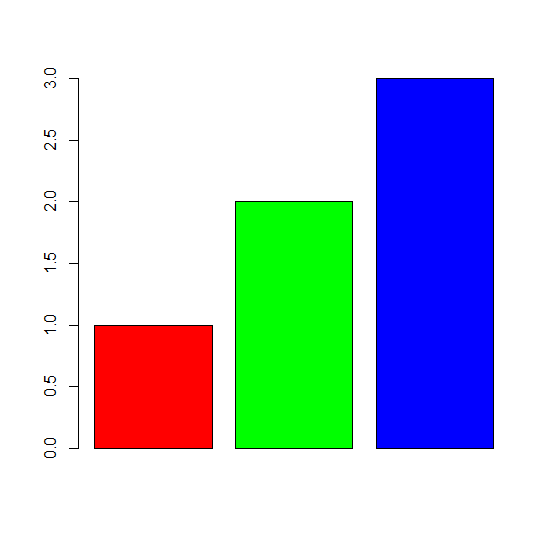 To get the feeling of the rainbow, separate it into more (here 20) segments: 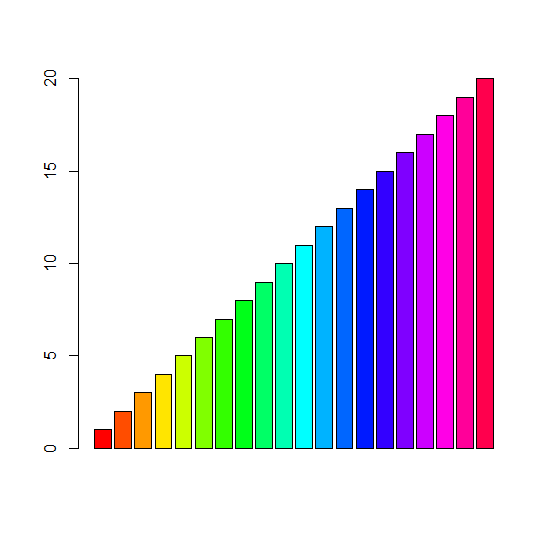 R offers several packages that are defining colour palettes according to a set of rules. One is “RColorBrewer”, which is implementing the palettes from the website www.colorbrewer2.org, where you can make several choices to pick the colour palette optimal for your purpose: 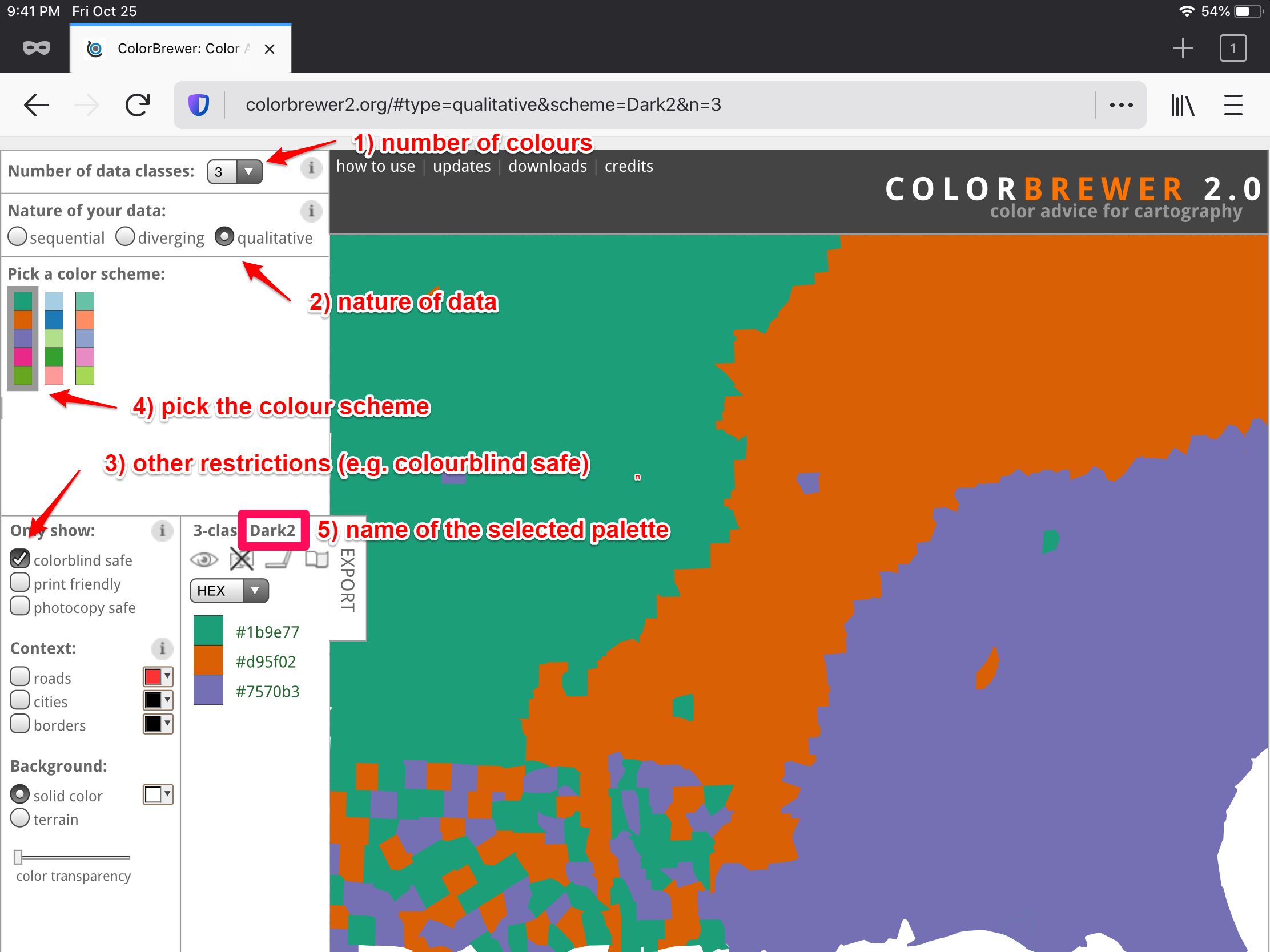 Then, record the name of the palette (e.g. Dark2), and use it in the function brewer.pal as the argument type = ‘Dark2’, together with the number of colours n: 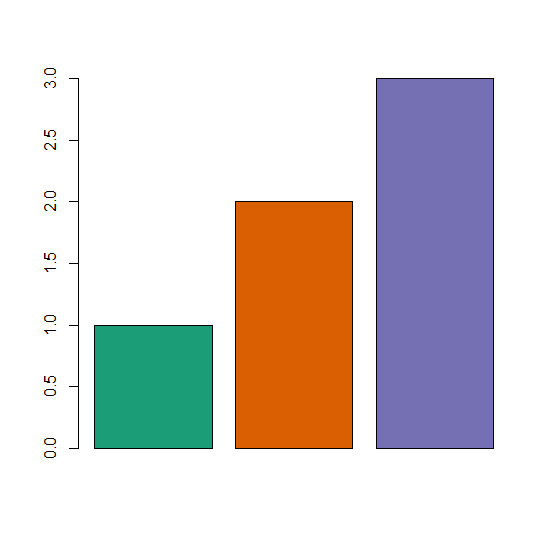 There are plenty of other options on how to choose colours. For example, a truly advanced package with many options to select colour palettes is the library (pals) (see the introduction and examples here).